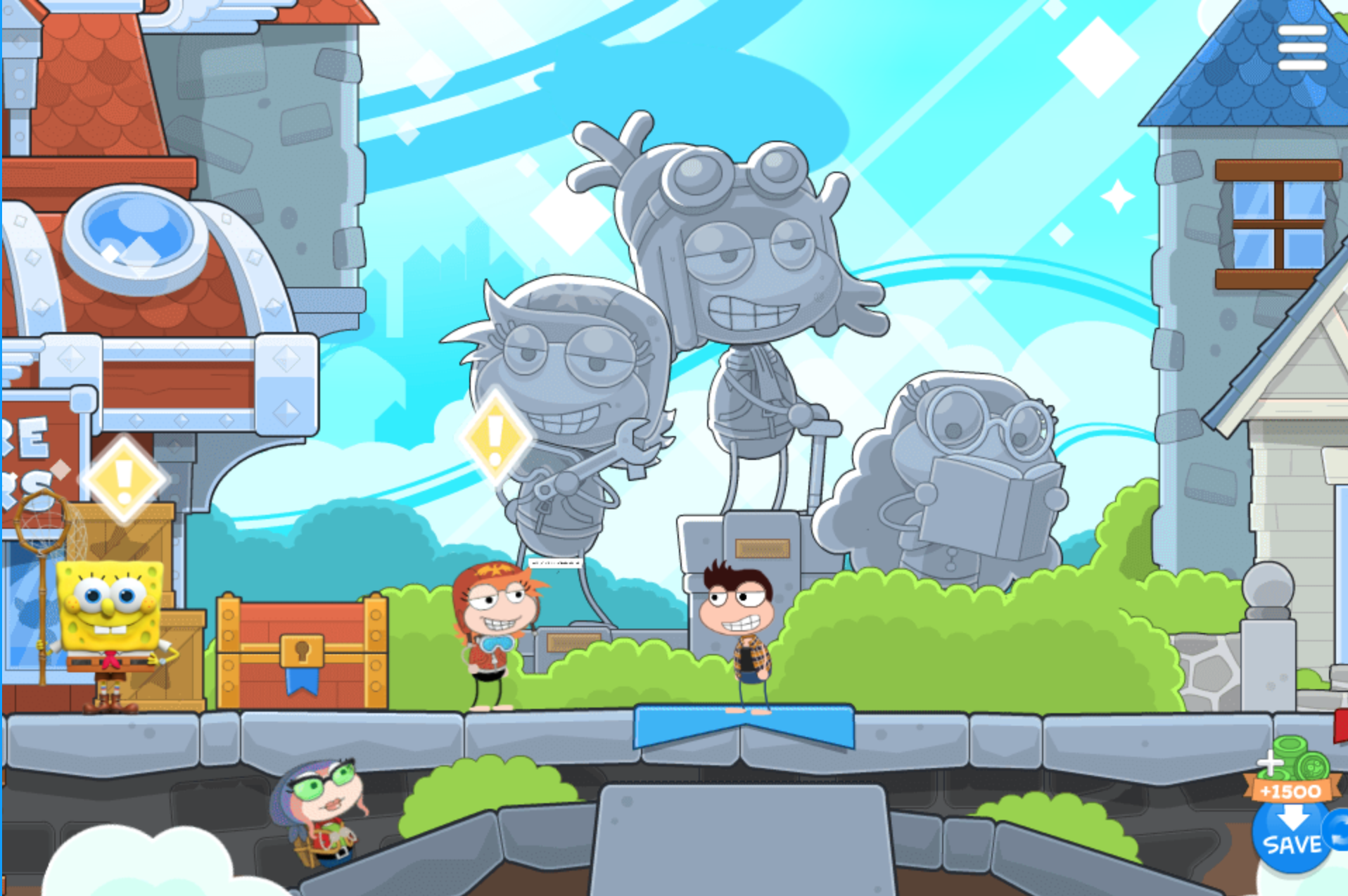 Hey, Poptropicans! It’s me, Invisible Ring! I know a lot of you have talked about the updates on home island, but do you know the history behind those updates?

As a highly active veteran Poptropica player since fall 2014, I know for a fact that Home island did not start out as a center to return to your game or to swing by the store or the arcade. No, it actually started out as a fetch quest. Snagglemast is known as a fetch quest too, but the play area in that island strikes me as something much like that of the original home island...

Back in 2014, you were to visit a random guy that needed you to find 8 broken medallion pieces and put them together into 1 medallion. Once you did that, you got to keep the medallion and then get on your way to a new island. 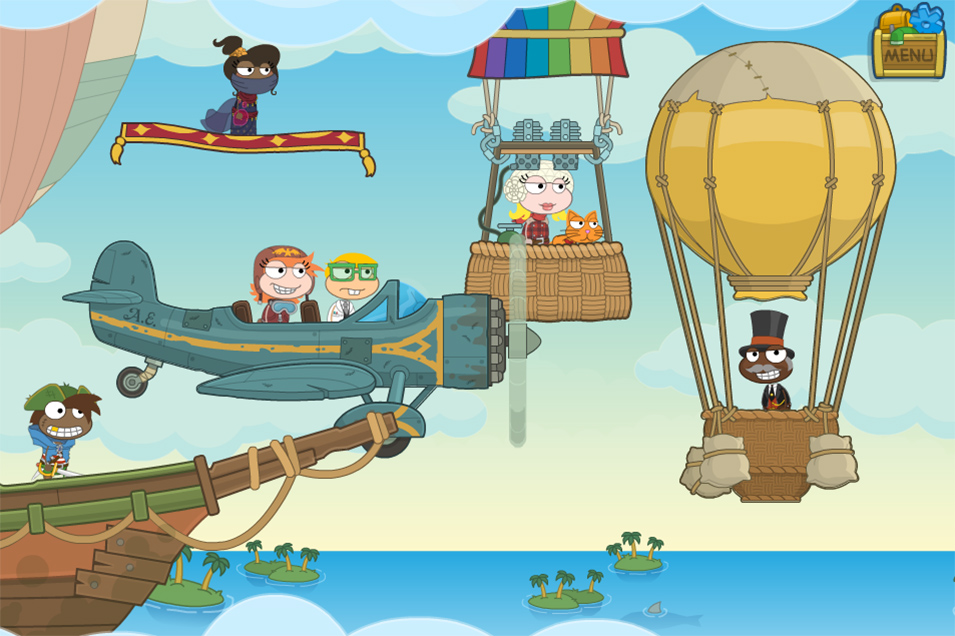 Later on, at the start of 2016, Home island completely changed. The space to search for the broken medallion disappeared, and a new quest emerged. Veterans, you know what I’m talking about here, don’t you?... That’s right, Monkey Wrench Island!

This island followed right after Pelican Rock, and it was made especially for new players. Was I a new player? Nope. But was the island good? ...I don’t know about everyone else’s opinion, but it was one of my favorite islands EVER! The adventure was so awesome that I replayed it 7 or 8 times. It never got old! I probably would have kept replaying it if the Monkey Wrench Island wasn’t taken down.

So why did Monkey Wrench island go away? Let’s review the facts, shall we? During those 2 years Monkey Wrench was around, new features were added to the Home island. A wheel of loot was added and so was a movie theater. (I loved the movies but they didn’t last, so I compiled a playlist of those movies on my Youtube channel. But on with the story…) 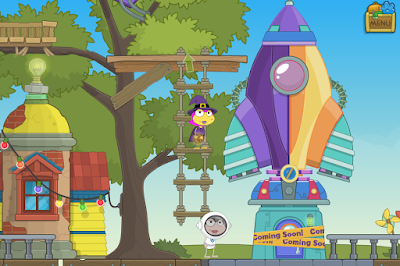 The Monkey Wrench quest wasn’t removed until the actual island changed again in 2018. The Pop store turned into what looked like a button factory, and a pet barn and arcade rocket came out. Then in 2019, the ultimate treehouse home island came out. You can still find the treehouse home island on the Poptropica app if you don’t know what I am talking about here. Then in 2020, the year of flash conversion, home island came out like this. In retrospect, it wouldn’t have been useful to set up a fancy home island right before Flash gave out.

My memory is not perfect, so if any of that history overview was wrong, then my bad. But my point is that Monkeywrench was connected to Home island and since Home island was changed so many times to let in new features such as pets and clubhouses and holiday and seasonal themes… Monkey Wrench’s connections must have gotten cut off. How could Amelia land her airplane on Home island if Home Island won’t stay still and the landing pad keeps changing? I don’t think she can. Nothing to do but circle the skies with Balloon Boy, and watch the snagglemast island from the sidelines...

But wait! What about the home island we have right now, in the new age of haxe? This one is definitely not like the home islands of the past. The music… the art… the atmosphere… this one’s a masterpiece! It really screams Poptropica! Could this be the official home island for Poptropica to stay? I sure think so. Otherwise, the creators wouldn’t have put so much skill into it. This home island is like none I have ever seen before. 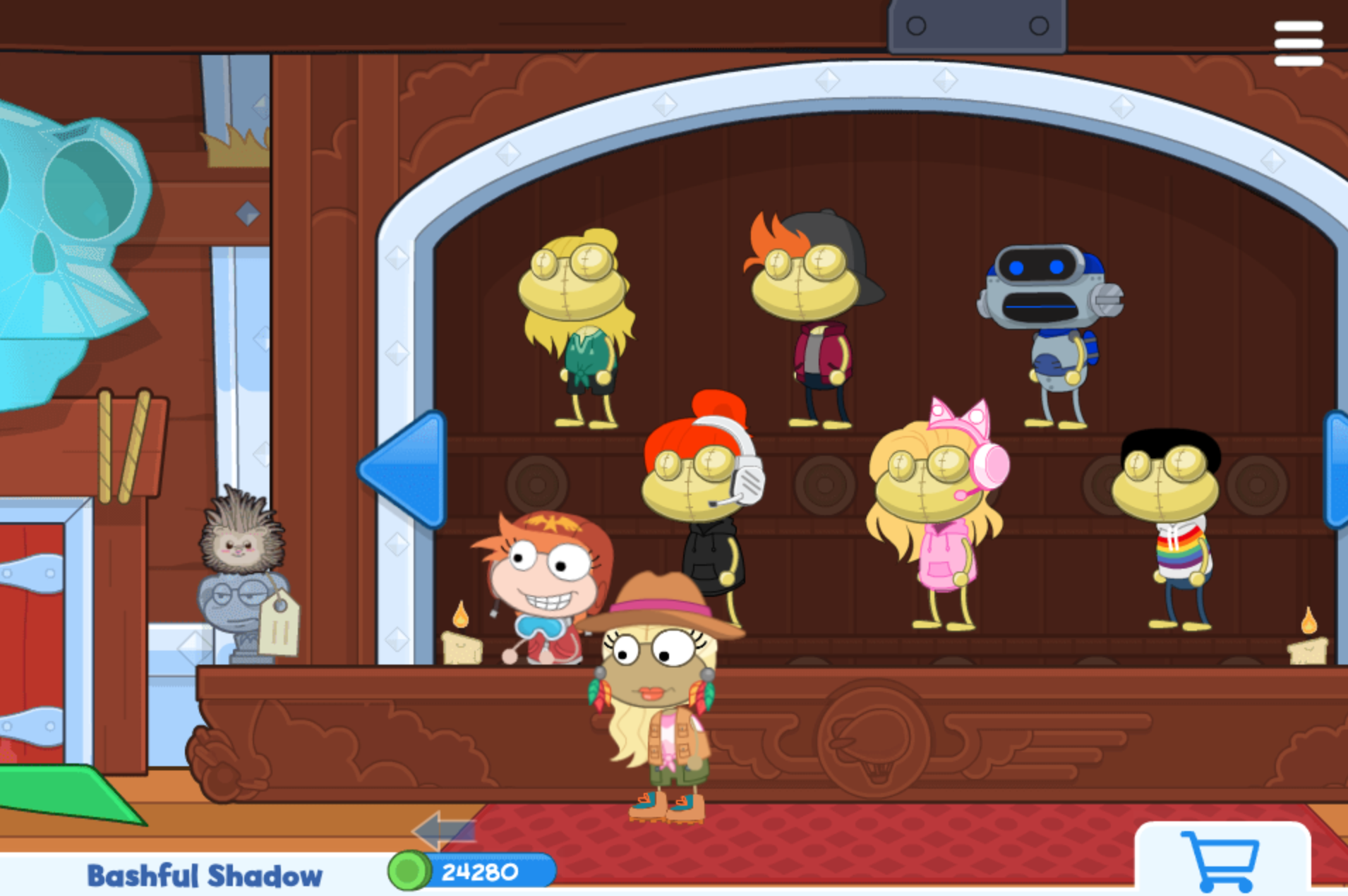 Ok!... Now we know all about the home island. But what about Monkey Wrench? Don’t worry. I’m getting to that. ...After reading countless blog comments in the past year and finding Monkey Wrench posts on the PHB, I found out just how many poptropicans wanted Monkey Wrench Island back as much as I did. I sent an email about that to the Pop Creators, and I got an answer back from them.

Guess what, guys? Monkey Wrench is planned to return! No, we don’t know when it will be back, but for all of you veterans who lost hope long ago, take heart. It’s not gone for good! And for all of you who never played Monkey Wrench Island before… well, now you have another island to look forward to!

So there you have it. Now we all know about the history of Home Island and the Mystery of Monkey Wrench! ...Hey, I like those alliterations! But I have one more hypothesis mixed in with all of these facts. If this newest and best home island really is set in stone, then the monkey wrench island will return there. To think, that after everything these 2 islands have been through in the years prior to flash conversion, they are laying new foundations and reuniting at last! At least, that’s what I think. It makes sense to me. How about you?

Hope this guest post satisfies you all as much as it has satisfied me. Thanks for reading!

I have a PS on my post that I just realized I forgot until I checked out Adventure Outfitters just now! Home Island is really shaping up, but what about all the islands that are yet to be converted? I heard that a lot on blog post comments and my theory on THAT is that Home Island is the virtual HQ for Poptropica. It's like the root and the central control system, and a strong foundation for THIS island will guarantee and secure a strong foundation for the rest of the islands.

THANK YOU for saying that! Although the future looks nice, we still MISS the past!

I can't get onto Poptropica

Awesome! I’m an old time player as well. Didn’t there used to be a lot more islands?

Very interesting. As a Poptropica veteran myself, I too remember the evolution of Home Island. I must agree with you, Invisible Ring. This edition of Home Island is the best one. And I too miss Monkey Wrench. I wouldn't say it was one of my favorite islands, but it was still very good. I am still glad to hear it is coming back. Thank you for this post!

Wow! Thanks, Invisible Ring, and Poptropica Creators. I can't wait. I'm so excited for all the new (and classic) Islands coming out! My mind keeps running through the storyline of the Fairy Tale island, and wondering what adventures the Poptropicans will have!

very information thanks for the facts

I do have an Island to look forward to! I am so grateful because I have watched Thinknoodles play the Island lot's of times!

Thank you for letting people know!

i cant wait to see monkey wrench island i started playing a little bit after they got rid of it so im excited!!!

Hello! I'm Angelina. I'm a veteran here at Poptropica. I really miss the good old islands... they were great. PLEASE add new islands! I was here for Monkey Wrench. It was my first map.

Hi, this is unrelated but people please don't be mean to poptropica the backpack isn't a big enough deal to tell creators yes I was a little annoyed too but maybe they have a good reason to change the backpack to three lines. I would personally like the customizer back but think about the good additions to poptropica. You think the new home is bad but I like it. And don't forget the FairY tale island! !!!!!!! That's something b to think about. Would you rather have a new poptropica or NO poptropical at ALL?.. I choose a new one. Please don't make the creators feel bad about what they are doing.

Yes. I totally agree with you, Mabels! I know everyone liked something about the older versions of Poptropica, (myself a HUGE fan of the customizer), but this is groundbreaking, revolutionary, new Poptropica. The creators will integrate the old and the new, to form one of (in my personal opinion) the greatest adventure games on the internet, for free! So let's not discredit the creators, but cheer them on, because they've probably worked really hard this year. Thanks, Poptropicans!

You don't understand. I've tried to be optimistic, and I've supported the game, even when it fails to impress me. This is the last straw. Poptropica isn't seeing from the old players' points of view.
Some parts of Poptropica have changed because of conversion, and that's not their fault, but things like the new Home Island, the new store, they CHOSE to add it.
Poptropica doesn't understand that we don't want even more parts of our childhoods to be erased! We want parts of old Poptropica, but they don't get that and are adding new stuff, but it's never what we ever really wanted. Do you want to see more new things, or to see everything that made Poptropica "Poptropica" be brought back? Like I put further up in this comment the creators chose to change almost everything, and that's what annoys me. They can't have one single thing stay the same.
I can't say that this is Poptropica. Poptropica had cool islands, challenges, and real experience. This? This is a boring computer game.

Wow, sure hope so. I've missed that island.

I am so exited when it is coming out i loved that island it was so much fun!!! YAYAYAY

Well i really missed the old shop it is really great i even miss all the 2020 feature's they were so good :( some of the map's are removed so im sad some of them are my favorite :(

What happened to Video of The Week? Also, there's barely any updates. I have no idea what's going on, but I think something's happening. Either that, or Poptropica decided to barely post. We need an explanation.

YAAAYYYY MONKEY WRENCH!!! Love thissss! But I wish you guys would bring the customizer tool :( I miss it. And to any of my old dear friends on Poptropica if you see this I'm aliveeeee *_*

Thanks for all your hard work, you guys. It's kind of sad to see how everyone's just complaining nonstop about "things changing" and the paywall especially, which is how you can afford to live. Don't know why they can't see that, but no hard feelings.
U do u, dudes. Again, thanks and I cannot wait for the new island.

MONKEY WRENCH IS COMING BACK!?!? I started playing in 2014 (went through multiple accounts) and this makes me so happy. (i know i havent posted a comment or anything in awhile i took a long break)

Monkey Wrench was one of my favorites; I'd play it over and over!

Heh, I started poptropica one year ago!! OMG!!! And Monkey Wrench sounds so cool altho I wish poptropica had never taken down the old islands..............I JUST WISH THE OLD ISLANDS COME BACK

O.M.G!!! Fairytale island is so short!! I just finished up uuugghh. I’ve never played Monkey Wrench, but I HAVE read that its a good starting island! :) :) :)

The old islands were good, I've been on Poptropica for about six years, and I do miss the old islands, store, and common rooms. Though the creators are working hard and keep up the good work!