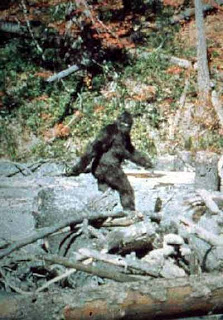 
Cryptids Island is coming very soon to Poptropica! Before you take on some of the world's most fearsome mythical monsters, we'd like to tell you a little bit about the legends.

In the Pacific Northwest region of North America, reports of a brown-haired beast go back decades. Most famously, a short movie taken by a man named Roger Patterson seems to show a Bigfoot lumbering through the woods, looking suspiciously back at the photographer.

In the snowy mountains of the Himalayas, a humanoid beast known as the Yeti, or the Abominable Snowman, has also been reported for years. But, as with the North American Bigfoot, no concrete proof of the Yeti has ever been found. A monastery in Nepal claims to have a Yeti scalp on display, but scientific tests of the hair have been inconclusive.

Well, what about you -- do you believe in Bigfoot? Vote in our poll to the right!