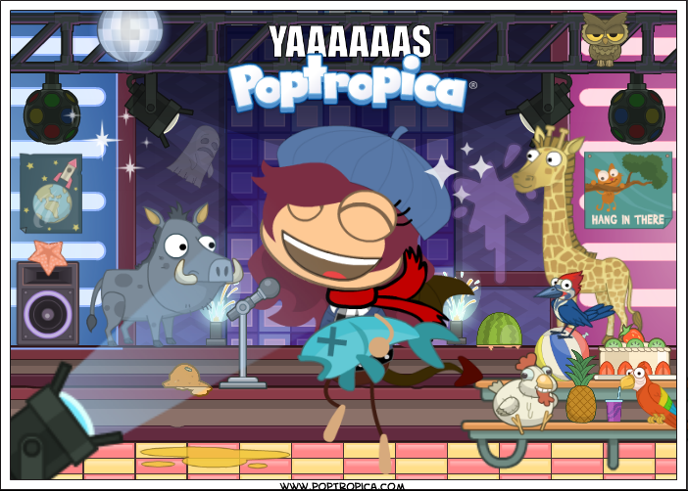 My younger brother found Poptropica on Funbrain and introduced it to me. Back then, we would go on Funbrain to read Jeff Kinney’s Diary of a Wimpy Kid before it became a printed book series! 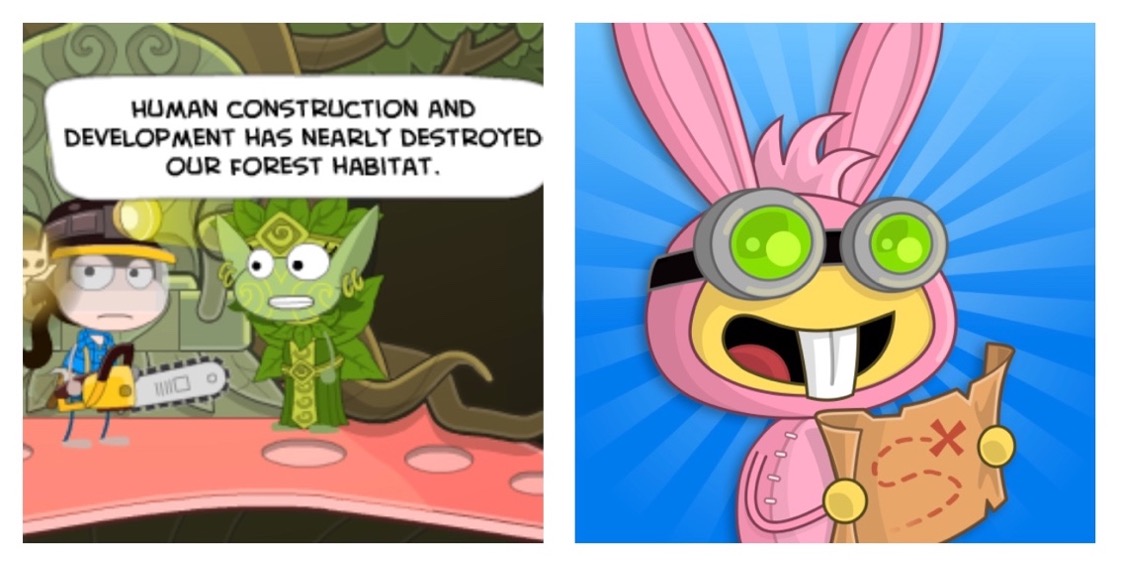 It’s hard to pick a favorite scene as there are so many that are visually stunning! But to highlight a few, I love the aesthetics of the Imperial Garden on Red Dragon (especially the cherry blossom trees), and the various interactive puzzles on Nabooti, such as the mancala game and the fox-chicken-cornfeed conundrum.

The biggest change I’ve noticed personally is that the kids have gotten older, both in the PHB community and the fandom at large. Though Poptropica has always been aimed at kids, it’s fascinating to see how teens and young adults (myself included) still participate in the fandom, often returning from childhood nostalgia and sticking around for the community and inspired storytelling (perhaps even creating some of their own). Of course, young kids are still around. From my perspective, even children are capable of enjoying Poptropica’s more sophisticated stories, particularly those from the classic islands.

As for the PHB itself, it’s definitely grown in professionalism over time. When it first started, we were a group of mostly 10–12-year-olds just starting to learn how to run a blog together, with all that entails. We’d create cringey graphics, ramble on in our posts with inside jokes told in all caps, and occasionally have drama spilling over in the comments. Not that we manage to completely avoid that now, but we’ve come a long way since the start and our style has definitely matured a bit. Nowadays the blog is proud to present content that is more consistent, organized, informative, balanced, and still with a touch of fun!

I’ve been surprised by the rapid popularity of the PHB (it reached 1 million views in its first year, and 13 years later, has over 35 million). But I’m not too concerned about the statistics—I’m more interested in cultivating the quality of people’s visits, and to that end it’s been a blessing to hear from so many Poptropicans over the years who’ve enjoyed what the PHB offers.

Another surprise is the creativity and intensity of so many fans’ Pop-inspired passions, which help shape what the PHB brings to the fandom, from personal My Place in Poptropica stories to discoveries of Pop Places IRL. It’s definitely not a one-person operation—credit goes to the many, many Poptropicans who make it all possible! 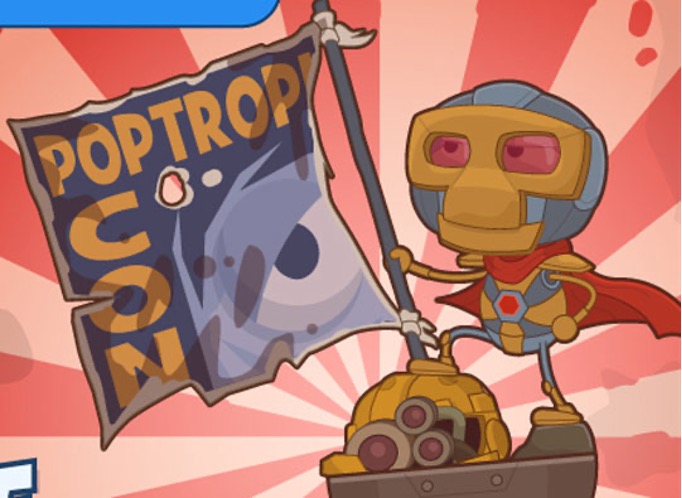 Inspiration can come from anywhere: an interesting article, artifact, artwork… and it’s important to find some good ones, as that shapes our thought patterns and, eventually, the kind of person we become! As author Annie Dillard wrote, “How we spend our days is, of course, how we spend our lives.” Besides traveling the islands of Poptropica, I enjoy looking at real-life nature, listening to music and podcasts, and learning the stories of people past and present, as ways to be refreshed and inspired.

To me, it’s as simple as a gathering of people who enjoy Poptropica. They can be of all ages — some are even in their twenties like me. Poptropica fans are creative (just look at all the fan art, blogs, and videos), clever (we enjoy solving puzzles and finding trivia), and concerned (we support each other and sometimes critique for the good of the game we love). Above all, we’re united in our passion for Pop!

8. From your perspective, how has the community changed over the past 12 years?

The biggest change I’ve noticed personally is that the kids have gotten older. Though Poptropica has always been aimed at kids, it’s fascinating to see how teens and young adults (myself included) still participate in the fandom, often returning from childhood nostalgia and sticking around for the community and inspired storytelling (perhaps even creating some of their own). Of course, young kids are still around. From my perspective, even children are capable of enjoying Poptropica’s more sophisticated stories, particularly those from the classic islands.

9. How have your experiences with the community and Poptropica influenced you IRL?

Poptropica’s many whimsical worlds — from the medieval madness of Astro-Knights to the genie glamor of Arabian Nights — have inspired my art and writing, and widened my appreciation for digital storytelling and cultural connections.

As for the PHB, it has given me a space to write about something I care about, to carefully consider how to express ideas, and help the blog’s staff and guest writers do the same. Having our content read by so many fellow fans is a responsibility, privilege, and a great encouragement to keep building the blessing.

The skills, friendships, and passions developed over many years of playing and creating carry over to other areas of life too. For me, that has included earning my undergrad degree in English and pursuing a career in communications. With all the diversity in Poptropica and its community comes great potential for many more Poptropicans!

10. Outside of Poptropica and your PHB involvement, what are you passionate about?

Perhaps it’s cliche, but I’m an advocate for making the world a better place, which can look a million different ways, including social justice, environmental sustainability, and everything in between.

Touching back on my work with the PHB, and outside of it, I’m also passionate about language. I love conveying ideas through writing, discovering just the right words to use, and appreciating a good pun or poetic line. English is my first language, but Cantonese and Mandarin Chinese are part of my life, too. Being curious about languages opens up new worlds! 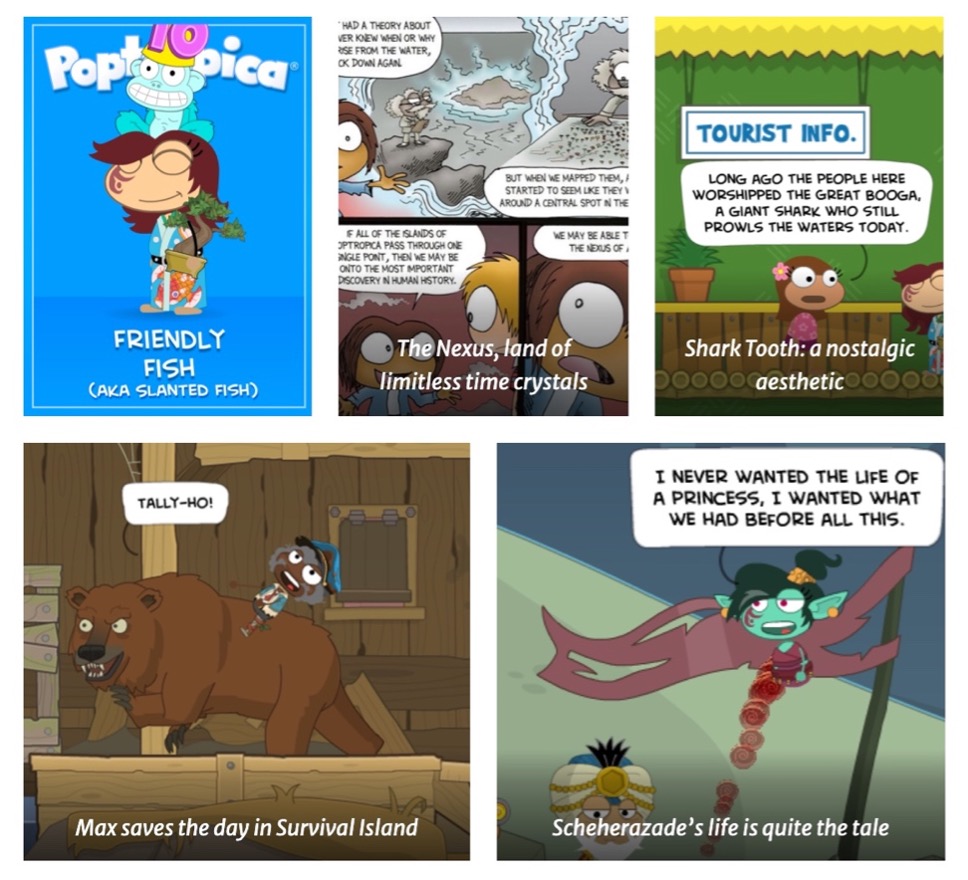 Thank you to Slanted Fish for her immeasurable contributions and delightful coverage over the years! Check out our previous interview with the Poptropica Help Blog’s editor-in-chief, Slanted Fish, also posted to the PHB!

Slanted Fish, this was so good! Poptropica is so nostalgic, especially for old players, and your PHB makes it even better!

Its great to see the dedication people have for this awesome game. As someone whos been off and on for the past 8 years it makes me proud that my fav flash game is still going.