Well, Poptropicans, there’s good news and bad news. How ‘bout we start with the good news? 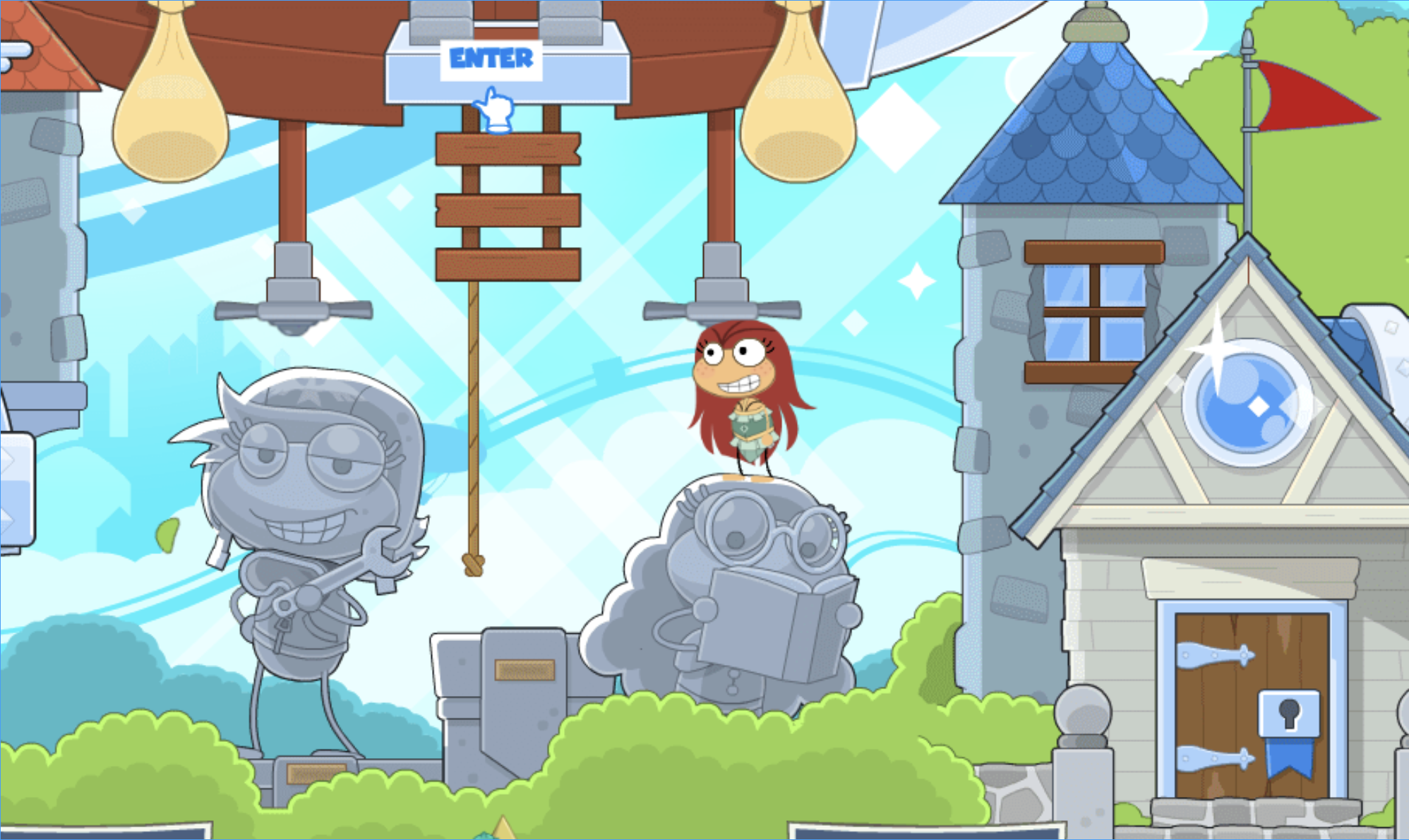 As usual, the Airship’s made its monthly return to Home Island! The ship seems to be in working order, the Cabin of Curiosities is fully stocked, and a new free costume is available to all players. But more on that later!

As for the bad news… you’re going to want to sit down for this. 🪑 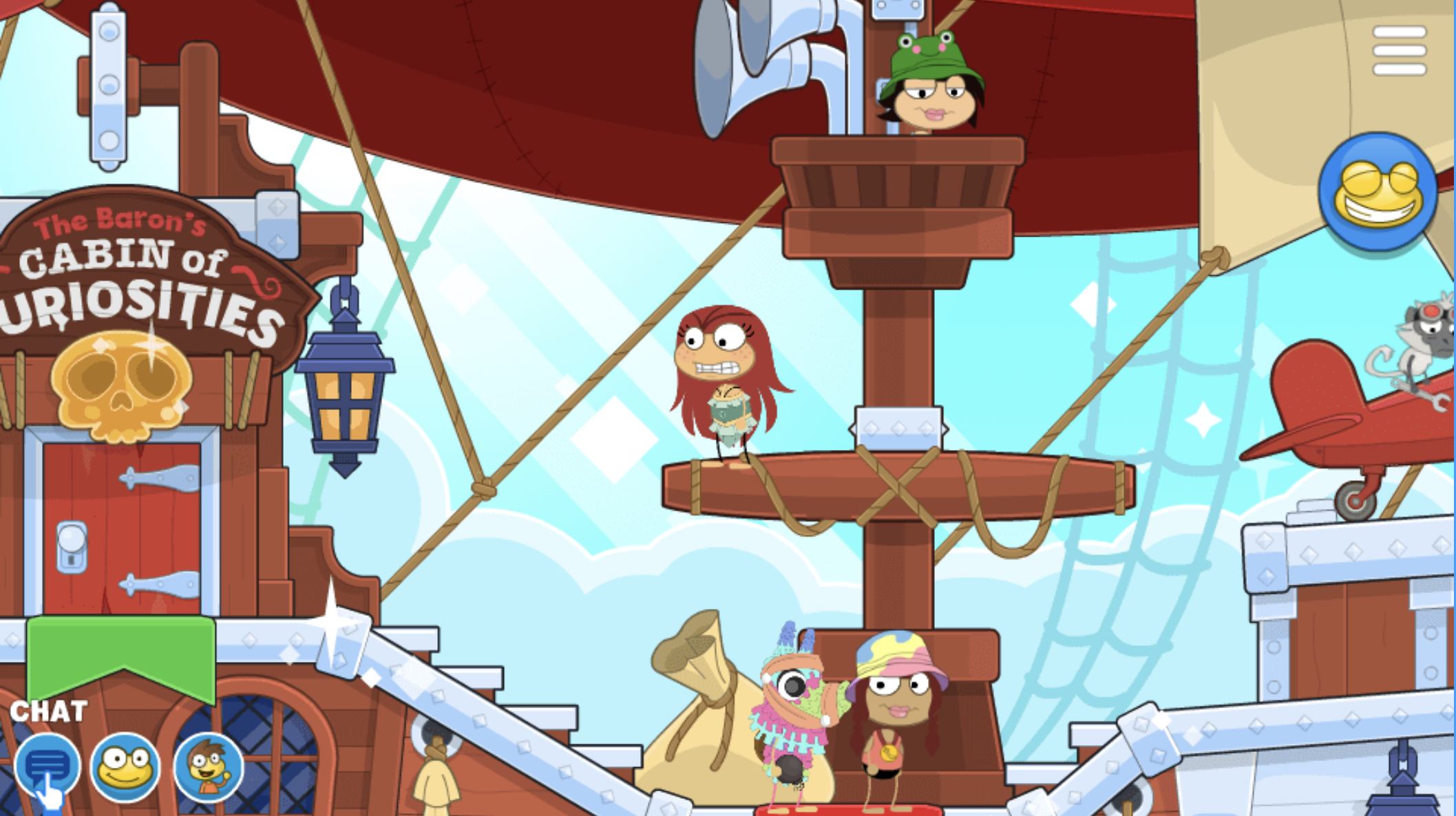 The Baron is NOWHERE to be found. The sky pirate’s missing in action, vanished without a trace. Never before has the Airship been seen without its trusty captain at the helm. Even Ack, first mate and the Baron’s best friend, was left behind! Maybe you can make sense of what he’s saying. 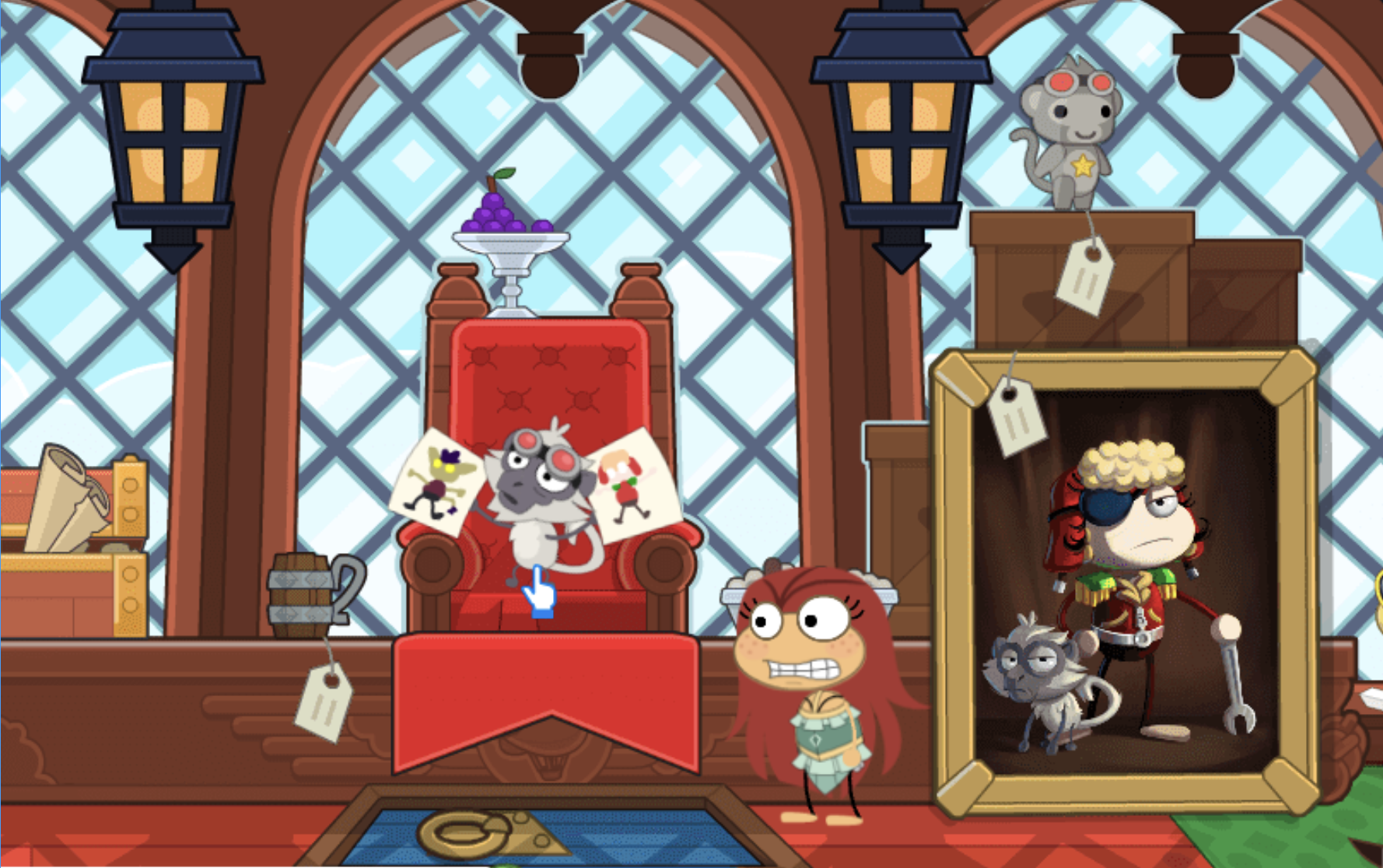 Whatever’s going on, this is an all-hands on deck situation. Climb aboard and take a look around, mates!

What do you think happened to the Baron? When will things return to normal? Share your theories with everyone in the comments section! 👇

I think either the Baron is on a adventure heist or maybe... Rumpel must be at it again.

I think she got banned for having a new animation.

I aggree!it has to have somthing with him!ack is holding a drawing of him and one of the baron!

Ack must have witnessed something, because he had pictures of Rumpel and the Baron.

what if the Baron last month was actually Rumpel impersonating her . . .

I think that Ack is trying to lead us adventurers into a trap, and made a skceme with Rumplestiltskin! I know it's a weird belief, but everyone's gotta think big on this one! I think rumple is trying to get revenge, and Ack was tired of just being a first mate, and wanted to be captain, and rumple wants to rule the world or something, so they teamed and made a plan. I mean, Poptropica has been mentioning Rumple and the Baron a lot lately, so I think they planned this. Poptropica, give me a thumbs up emoji if I'm close. I am very positive about this. YOU GOTTA BE CREATIVE AND THINK BIG!!

Dream big, peace out, violence is the wrong answer.

I was here before you people put your comments, i was waiting for some sort of conversation about the baron being taken by Rumpelstiltskin. that was my first guess and I'm glad some people other than me seemed to make that connection. o(*￣︶￣*)o

My theory is the baron, also I think they are going to make a side quest about this or a fairy tale 2

I had a dream one time that they were going to do that!

Also i don't know if this one or my first message is going to be posted first but what if rumpel imprisoned the baron in the painting for sale?

Actually, the Baron is non Binary, with the pronouns of they/them!! :)

oh, thanks Magic Fox. I didn't know that, I always assumed they were a girl because they used to be called the red "baroness".

I think that the baron is the prince on fairytale islands mom am I right!

I think the Baron and Rumplestiltskin teamed up to get revenge on Amelia. If you look at Amelia’s house it has a picture of the Baron being mad at Amelia. And in the baron’s airship, there is a picture of Amelia and the Baron together. The glass is smashed where Amelia’s face is.

If you read the Monkey Wrench Island guide, you can get the full story behind that picture, I think it might help with some of these theories.

Poptropica... if this turns out to be a side quest (which it probably will)... PLEASE DON'T MAKE IT MEMBERS ONLY!!! I'm begging you, pleeeease... Oh! And also. Check out Amelia's room... there seems to be quite a bit of stuff in there involving the Baron...

I rest my case.

Could the Baron possibly be the Queen from Fairytale Island?

That’s what I’m thinking! Bc in the side quest, the king says his mom is coming home, and then the baron is missing? The only thing is, the baron is non binary. Or so I’ve heard.