Shoutout to these pop-ular Poptropicans! 👩‍🎨📹🤩

Over the past couple weeks, there has been a number of fantastic fan art pieces and Poptropica themed videos shared with us and uploaded to Youtube! Shall we take a look at some of the community’s recent creations? 👀💙

In celebration of Poptropica’s 14th birthday, Sleepy Biker submitted several pieces of fan art, featuring some of Pop’s leading ladies! First up, Sleepy Biker’s festive cake illustration is too cute! Amelia’s excitement is contagious! Her smile and eager pose seem like she’s waiting for one last picture, before blowing out the candles to make her wish. Makes you wonder what she wished for… 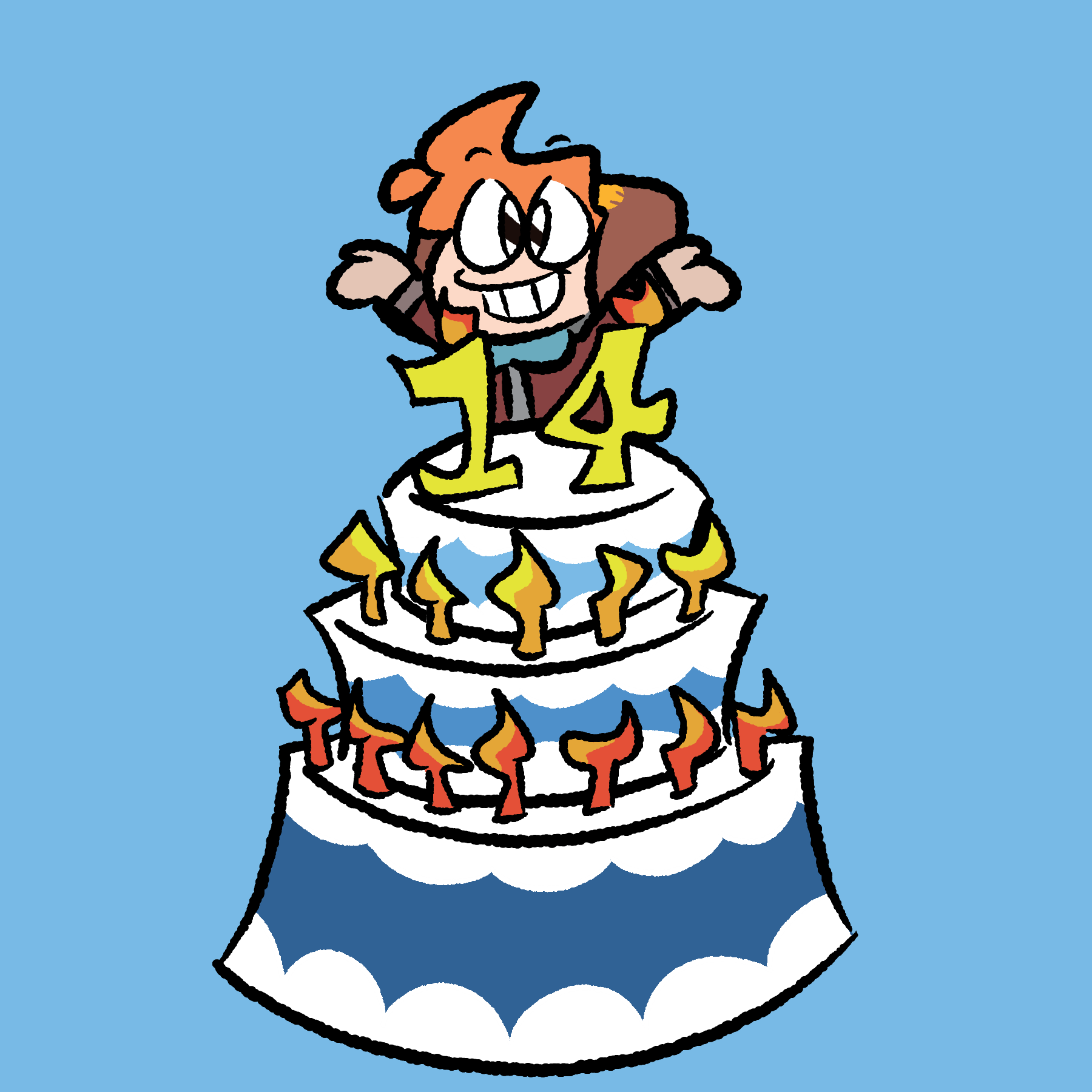 Sleepy Biker’s second piece of fan art draws inspiration from a famous band of brothers, Mario and Luigi. But this Poptropican takes it a step further by replacing the bros with Amelia and the Baron! Although each consider the other to be their nemesis, these key characters seem like they’d make quite the pair! 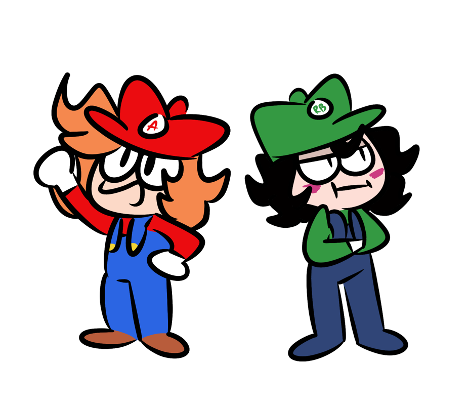 Friendly Feather also sent in a portrait of the Baron discovering Amelia’s secret obsession! Unsurprisingly, the Baron doesn’t seem too keen on the idea of her foe favoring unicorns and stuffed animals. Armed with this incri-mane-ating information, the Baron isn’t going to just let Amelia’s newfound dork status go. 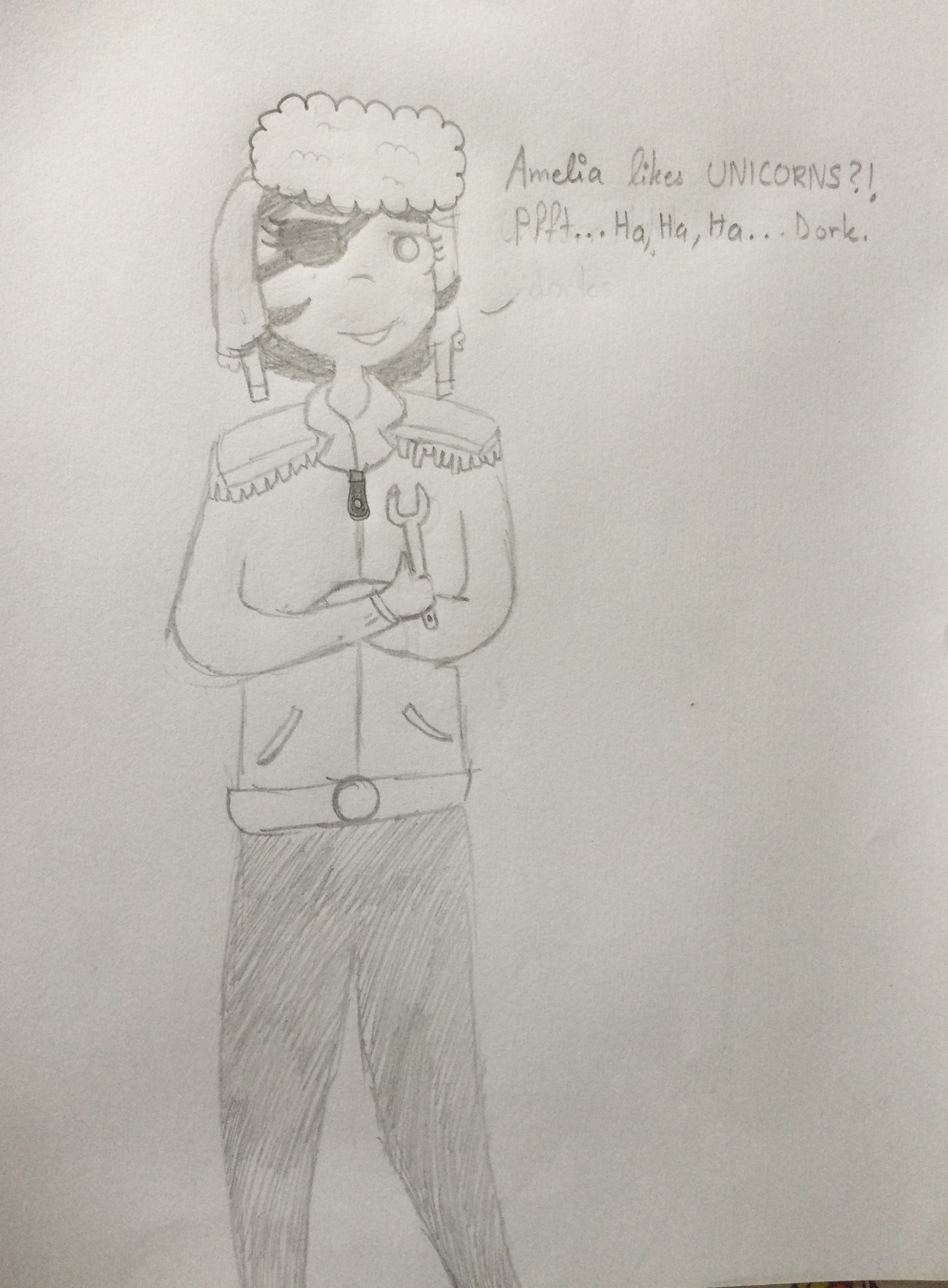 Last but not least, Red Toes’ fan art features another hilarious take on Amelia’s recent mini quest! If you wondered what would happen if Myron Van Buren located the lost cargo before you, you’re not alone! Red Toes has you covered. In this scenario, cuteness ensues. Myron Van Buren can be found snuggling in bed with his new unicorn toys, while Winston questions the amount of unicorn plushies that is acceptable for a middle-aged, homicidal hunter. For once, we’re gonna have to side with Myron on this one. 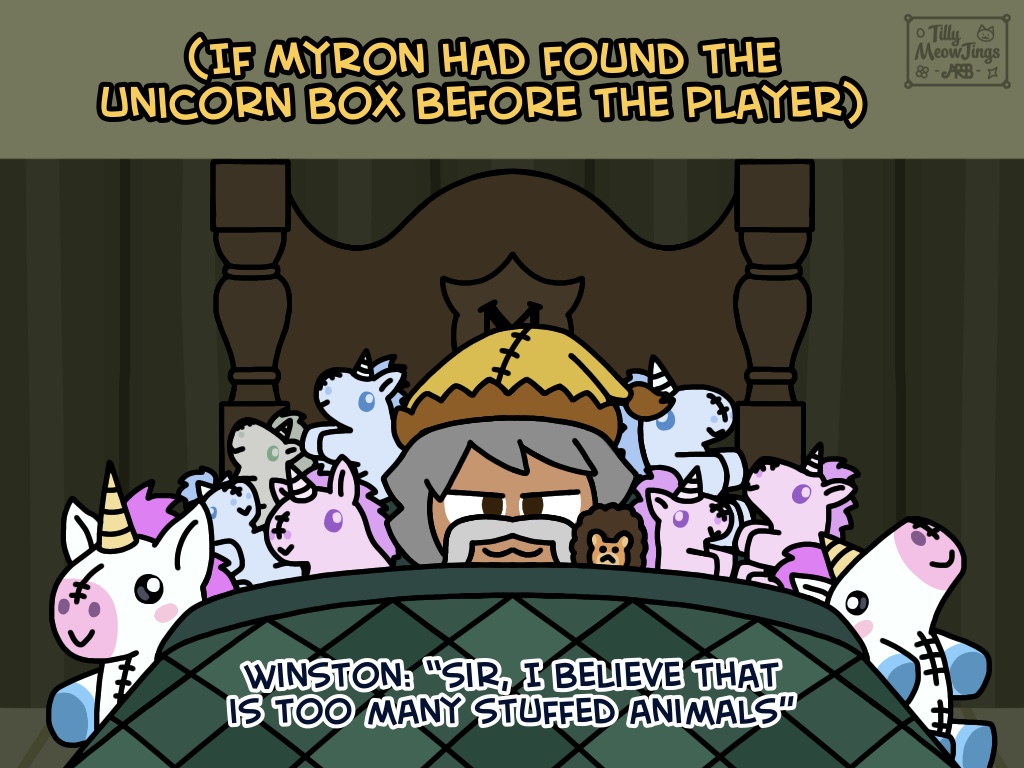 Now, onto a few fun videos!

First off, the Youtube channel IHateFridays (also known as Magic Snowball) released a fun video called “My feelings about Poptropica.” The video is set to a speed drawing of the artist’s Popsona, Magic Snowball, fighting the infamous Betty Jetty on Super Power Island. IHateFridays offers some useful background info surrounding Poptropica and its history, before diving into their favorite islands.

Towards the end, IHateFridays also shares their own Poptropica fanfiction work, Home Again. IHateFridays’ Pop-themed fanfic is linked in the description below their video – check it out!!

TheOrangeHelium recently dropped a video titled “Taking Poptropica Quizzes but I’m Dumb,”  highlighting their Poptropica knowledge! (For the record, TheOrangeHelium is anything but dumb!w) The quizzes include trivia questions about past lore, characters’ roles, islands, and other pop-culture references surrounding Poptropica!

Based on their answers, TheOrangeHelium is a “grand master at the game” and only answered 1 multiple choice question wrong – excellent memory! Shoutout to TheOrangeHelium for showcasing their Pop knowledge!

Join in on the adventure! Viisit Invisible Ring’s Youtube channel to watch their complete Megatropolis Dream Island saga, as well as plenty of other Poptropica videos!

That’s it for this fan highlight reel, Poptropicans! Let's give a huge round of applause to Sleepy Biker, Friendly Feather, Red Toes, IHateFridays, TheOrangeHelium, Invisible Ring, and other Poptropicans that have put in the time and effort to create something this month! Please be aware, this is not a comprehensive list of recent fan content. Although we’ve only touched the surface of recent fan art pieces and Youtube videos, there are plenty more to share! We’ll be spotlighting more fan-made art and other content very soon! If you’d like to share or suggest Poptropican-produced work, drop a link in our submissions page or tag us on social media!

Can we have some News on The old islands? Most of us do want the old nostalgic ones back without the fake Poptropicans because we want a hard old school island.
Could you go with the idea that there are two home islands, one for the old school of 2014 and one for the new Poptropica. This means that those of us who prefer the old Poptropica to the new one can play without getting sad or angry at the new version, and the new players can play the new one.
Please consider this because a lot of people will like it. Thankyou

Excuse me, friend, when will the 3rd Dream Island contest start. Next time, I'll win.

was there a reason potropica had to be changed? What if there are two modes in poptropica in the menu, an icon that allows you to play the old poptropica version of 2014, because some of us do prefer that one to the new poptropica. So if you press the icon, a box will apear on the screen, asking if you wanted to play old poptropica and if you click yes then you will be transported to the original version of Poptropica.
It did say there were going to be some old mini quests or islands like earth day and legendary swords for Poptropica's birthday, but they aren't showing up, is it coming out later?
keep working hard poptropica, thankyou.

I agree, the old format was way better, with the loading screen all blue with vines growing an the player setup.
Now... It's looking like an app with fake Poptropicans and is sort of alienating the old Poptropica we love.
The 2014 Poptropica was... No offense, better.
Will the old Poptropica come back? We would be so happy if it did.thankyou

Thank you sooo much poptropica for showcasing my art!