Ok! For this guest post, I need to do a recap on one of my older guest posts; about my thoughts and theories on Home Island. We don’t know when Monkey Wrench island is coming back, but Poptropica told me themself, that it is planned to return. I theorize that Monkey Wrench island will return on the new home island; this one being the home island to stay, given that this is, in my opinion, the best home island ever! ...I think I’d better just put the link to the whole guest post right here in case I missed anything or in case any of you want any more information on my last post.

So, are you all up to date with my home island theories now?... Good! This was a post from a few months ago, but as of now, the Red Baroness is landing her ship every month so we can earn more credits, chat with friends, and best of all, buy the rare, lost store items! This is quite a surprise, isn’t it? Another major modification for Home island, but a good one at that. And nothing has changed. The ship is more of an island extension! ...ok, I take back what I said about nothing changed. SPOILER ALERT: I am going to do a rundown of Monkey Wrench island to prove my point! 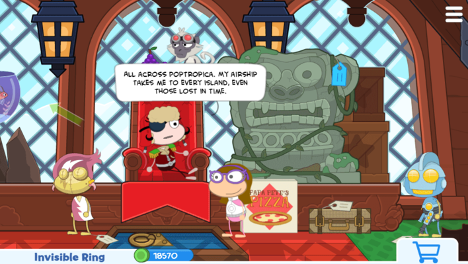 It starts with a sky race above Poptropica, with you and Amelia. The red Baroness is the archrival and archenemy who sabotages the race for the both of you. In the loosest sense, that wasn’t very nice. It makes me wonder why the Red Baroness is being so nice now!....

But back to Monkey Wrench: You crash on the island, you get a yellow blimp on the way, and you leave the island and get back in the race. But once you catch up to the Red Baroness, you realize that Crusoe, leader of the island from which you came, stowed away with you. He “drops” his drink in the shotgun seat of the Baroness’ plane, gets in the cockpit to pick the drink up, and accidentally spills juice on the engine, and crashes the red baroness’ plane.

The rest is history. You and Amelia win the race. You get the medallion and keep playing, while Amelia stays on Home island full-time. But we have not seen the Red baroness since that fateful day of her defeat… until now. 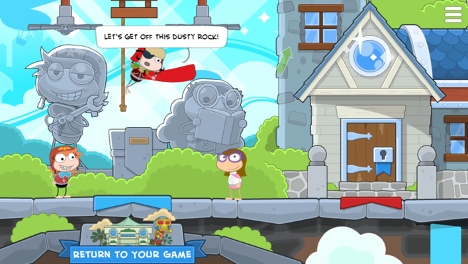 It’s been years since the rise and fall of Monkey Wrench, and now that the Red Baroness has returned with a fully-stocked airship, I am beginning to see just what she has been up to all this time! As it has been mentioned before, the Red Baroness’s plane looks different than it did before, suggesting that the Baroness either repaired and remodeled her crashed plane, or just built a new one. She also has apparently built a huge airship to go with it! ...Or maybe she stole it and became a sky pirate. Who knows? A surprisingly pleasant conversation from the Red Baroness about finding lost costume items has given me the idea that she may have stolen some of those as well. 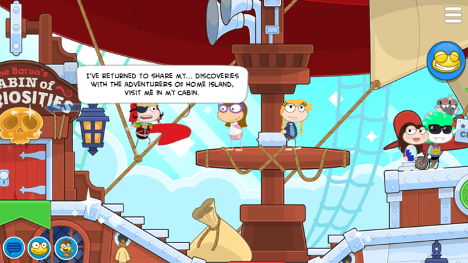 I’ll just keep the benefit of the doubt for now. Whether or not she is still vile and cunning still puzzles me, but at least she isn’t being vile to US now!

But most importantly, I take this reappearance of the Red Baroness as a sign that Monkey Wrench is coming back and our new Home Island is here to stay! ...Now I’m starting to wonder how Crusoe has been doing lately… Perhaps we will see another home island extension featuring Crusoe in the future. And speaking of extensions, I have a feeling that one will soon be made directly on the island. One that will make a great landing pad for Amelia’s long-lost plane! I bet THAT’s how Monkey Wrench Island will return!

That's it for my thoughts on Home Island so far. They’re only theories, but I hope you like ‘em. Thanks for reading, and I’ll be back later!

You have to be lucky

Cool! I would love to see monkey wrench!

Thanks DD, but they ignore me! I ask for old stuff back on the Contact Us Page, and a day later they announce they're making a new feature! I want to make them listen.