On the newest Poptropica Island, Lunar Colony, you can see this image of Poptropica when you're on the surface of the moon. 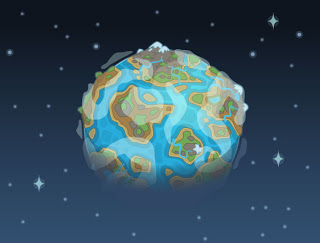 Pretty cool, huh? Did you know it's a reference to a real photograph that was taken of earth? 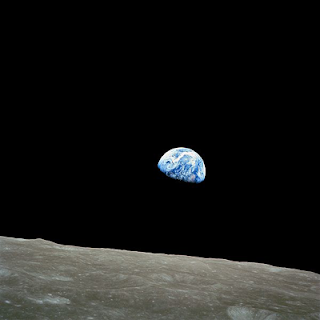 This photograph, "Earthrise," was taken by the crew of the Apollo 8 mission. They were making the first-ever orbit of the moon, and when they came back around from the dark side, that was what they saw.

That's not the only famous picture of earth. Take a look at this one. 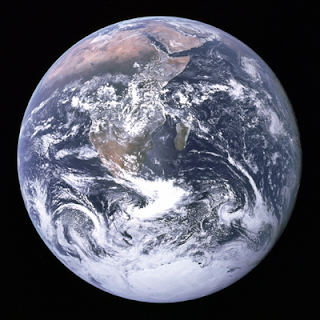 This is called the "Blue Marble," and it was taken by the crew of the Apollo 17, on their way to what has turned out to be the final moon landing. You can see how it got the name.

Want to go even further out into space? How about an image that was taken by the unmanned Voyager space probe as it was passing the planet Saturn? 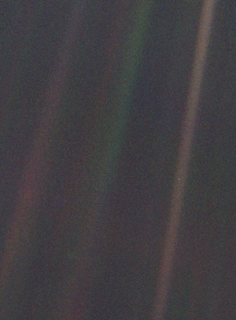 This picture is called "Pale Blue Dot." Can you see our planet? It's the tiny speck in the rightmost beam of light, a little bit less than halfway up the image. That's what the earth looks like from a distance of 6 billion miles away!