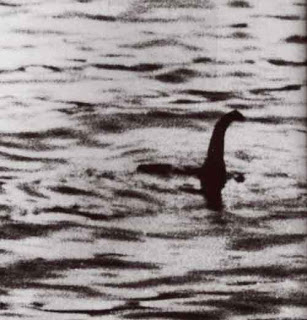 Nessie: Real, or all wet?


Cryptids Island is coming very soon to Poptropica! Before you take on some of the world's most fearsome mythical monsters, we'd like to tell you a little bit about the legends.

Tales of the Loch Ness Monster go back centuries. Affectionately known as "Nessie," she is said to live in the deep waters of Loch Ness, a lake in the Scottish Highlands. By most accounts, Nessie is a massive, long-necked creature that can travel on land as well as in the water.

The best-known picture of Nessie, shown above, was taken in 1934 by a surgeon named Dr. Wilson. Years later, another man claimed to have helped fake the photo, but it was impossible to know whether he was telling the truth, or simply seeking fame for himself.

Theories abound as to what Nessie could be. Some say that eyewitness accounts are honest misidentifications of everyday animals and objects. Others say she could be a leftover relic of the dinosaur age, specifically a plesiosaur. Still others think that there might once have been a Loch Ness Monster, but that it has died. And, of course, the possibility remains that Nessie is nothing but a hoax.

What do you think -- do you believe in the Loch Ness Monster?